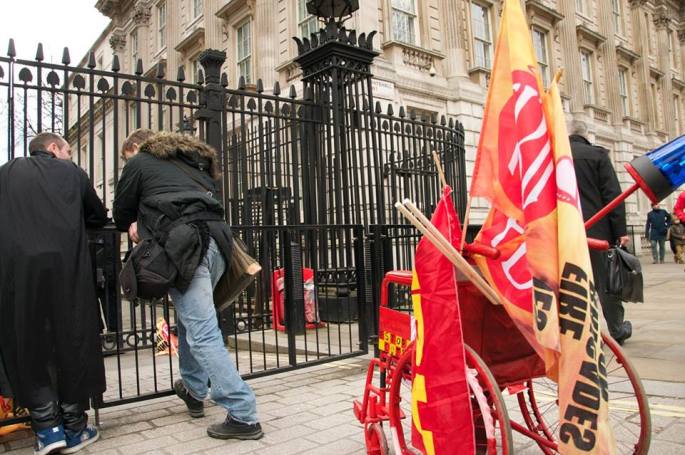 “What have the unions ever done for us?”

“Well, except for weekends off, what have the unions ever done for us?!” 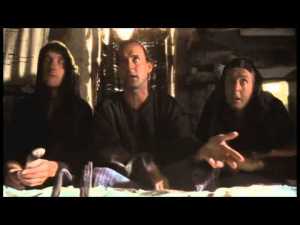 You get the picture. Monty Python and the Life of Brian. This week saw the Tory government fire the starting pistol to strangle the last dying breaths of Trade Union resistance, by outlining a series of draconian measures not seen since the attack on trade unionism in the UK by Norman Tebbit in the 1980s under the Thatcher Government.

In an extract from the Guardian, the proposed Javid measures include:

• Require all unions, not just those affiliated to Labour, to ask each existing union member whether they wish to pay the political levy and then repeat the question every five years. The £25m annual political fund income from 4.5 million political levy payers funds a wide range of political campaigning including being a chief source of funding for Labour.

• Propose that unlawful or intimidatory picketing should become a criminal as opposed to civil offence and new protections should be available for those workers unwilling to strike. A named official will be required to be available at all times to the police to oversee the picket including the numbers on the line, currently set at six, in an existing code of conduct.

• Compel unions to renew any strike mandate with a fresh ballot within four months of the first ballot and give employers the right to hire strike-breaking agency staff as well as require a union to give the employer at least a fortnight’s notice before the industrial action starts.

• Empower the government to set a limit on the proportion of working time any public sector worker can spend on trade union duties.

• Give the government certification officer powers to fine trade unions as much as £20,000 for breaches of reporting rules including an annual audit on its protests and pickets. The certification officer will also have power to initiate investigations and will in future be funded by a joint levy of unions and employers

• Require a clear description of the trade dispute and the planned industrial action on the ballot paper, so that all union members are clear what they are voting for.

Ironic when you consider that the government making these demands does so on 24% of the electorate, much less than the requirement they now seek from working people protecting their families and future generations conditions of service.

Striking is the last throw of the dice when an often intransigent and belligerent management teams refuse to negotiate meaningfully with a trade union members representatives. Management, Government Ministers and employers have reaped the benefits of working and living conditions fought for and won by our parents and grandparents. Rights that we now so desperately fight to just maintain. And that is the sad fact of the trade unions in 21st Century UK, the role of a modern trade unionist has, for the most part, been reduced to the role of trying to just maintain working conditions they inherited. There is no longer a fight to improve working conditions. Perhaps this is why we are seeing more widespread bullying culture by management, dissatisfaction in the workplace and high levels of stress and depression. 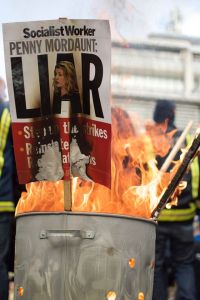 If the Tory Government, or any government or employer for that matter, wants to stop strike action from occurring, they could do worse than to treat their employees with a modicum of respect. If, for example, the Tory government does not want to see firefighters going on strike to save their pension provisions, then they could start by stopping the lies spun in parliament to force through a bill that now leaves thousands of families facing an uncertain future when they have evidence that proves the proposed changes are not feasible. The government has the ability to make the trade union bill irrelevant if they just stopped bailing out banking cartels and bending over for corporations to deregulate and sell everything off. The fire sale of public services we built and paid for has to stop. Employers could do the same if they remembered that their posts exists to provide the public with a safe and reliable service and not to provide them with an opportunity to build their portfolio for their next jobs.

Unfortunately nothing that we take for granted today, the weekend, sick pay, bank holidays, safety in the workplace and some of the finest emergency services in the world, would exist if it wasn’t for the brave men and women who came before us and fought for the right to come home at the end of the day safe and sound and not strung out after a 96 hour working week.

The cold hard facts for the bosses is that workers would not strike if they listened. We have two ears and one mouth for good reason, yet the mendacious individuals continue to try to pull the wool over the publics eyes by blaming the workers for industrial action. They continue to try to drive a wedge between what Javid calls the working people and business and the unions. The number of working days lost due to strikes in the 12 months to April 2015 stood at 704,000. Significantly less than the near 13m days lost through strike action on average in the 1970s. A period called the ‘heyday of union militancy’ by The Guardian. Just another divisive phrase used to discredit people who are passionate about the caretaker role they occupy in their chosen careers in the public sector. To put this madness of ignoring workers and unions, then complaining when they kick back, into some kind of perspective, I will tell you a story about a woman name Isabel Losada.

Isabel wanted to do something to raise awareness for the plight of Tibet. She saw that the Dalai Lama had spent 50 years peacefully campaigning against the Chinese occupation of Tibet, promoting non-violence as the only legitimate form of protest against the Chinese but he had largely been ignored, not just by the Chinese but by the wider world too. Isabel realised this at the same time as the war in Iraq began to unfold. How, she thought, could we ask terrorists to stop fighting and negotiate if, when they looked up at the worlds most famous living supporter of non-violent revolution, saw he was being ignored? If non-violence was the path to being ignored, then what point in giving up the call to arms? So Isabel launched a media stunt called ‘reward the Dalai Lama’, clever in that he is seen as a terrorist by the Chinese Government but it had a dual message to the Western world that was now involved in a vicious war. Reward the non-violent advocate and call for meaning full negotiation to take place and show there is another path to peace.

Now, I am not likening unions, nor government or employers to terrorists (not today at any rate) but the message is the same; if you do not reward honourable people who negotiate and wait patiently in good faith for you to do the right thing, do not be surprised when they strike. What other option is left open to them? Unions are often labelled the bad guys, ‘the enemies within’ because they stand to defend hard won rights, rights we take advantage of every day. They wouldn’t strike if management and governments entered into negotiations in good faith.

The Guardian headline stated that the Tories were going to make it ‘harder for unions to take legal strike action’. History has shown that some laws were wrong and had to be broken to find true justice. The anti-trade union laws of the past 30 years are just such laws and perhaps the unions should have taken a stronger approach before now to challenge them. They now find themselves with their backs up against the wall and possibly left with no choice but to fight on the grounds of principles whether the government deems it ‘legal’ or not. What is deemed legal and moral are two very different things.

A reaction has to be made, what that reaction is only time will tell. In the mean time the TUC and the unions should ask themselves the question, what would Bob do?