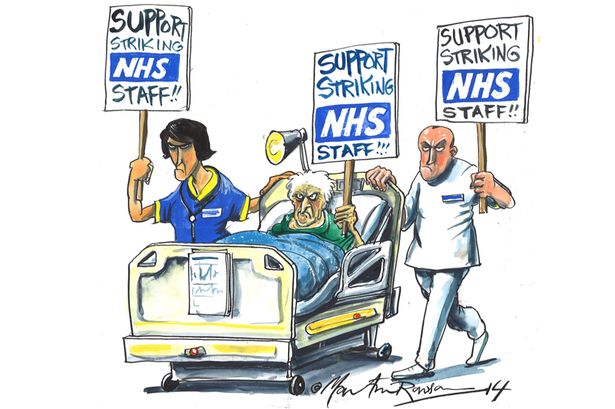 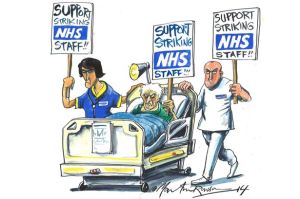 Today marks the start of ‘Britain needs a pay rise’ campaign by unions, lead valiantly by our under appreciated NHS staff who today took the unwanted decision to strike.

This morning for the first time in 30 years we will see paramedics, nurses, midwives and doctors take strike action for 4 hours as Westminster deemed our NHS staff not to be worthy of the below inflation public sector pay rise of 1%. This comes at a time when reports have shown that, despite living in a time of relative economic prosperity, wage repression today is on par with Victorian times. The NHS stand out in the cold, wind and rain begging for something that should have been given whilst David Cameron, George Osborne and the rest of the MPs complicit in this structured dismantling of public services gorge themselves in the warmth at Westminster. They should stand disgraced.

Pay is not the only Victorian social ill we have today as we are also witnessing the return of rickets in our children through malnourishment. A damning consequence of the ideological austerity running throughout this country.

In the last week I spoke with a care nurse who explained in-depth the lengths with which management teams were going to discourage workers from engaging in their lawful right to withdraw their labour. They have been told that they cannot picket, cannot walk with placards, with other carefully worded emails all designed to scare the workforce. Clear examples of corporate level bullying and harassment that we have come across and been made aware of throughout a number of professions on a much more frequent basis than you would imagine.

The clear agenda behind wage repression within the public sector is the desire to privatise it. Two key barriers to privatisation are staff terms and conditions and pension liabilities. This comes directly from a government think tank on outsourcing and privatisation and it is something we should all be very concerned about.

When we discuss privatisation of our health care we automatically think of the American system but we do not have to go as far as that to find alarming examples. In Ireland they do not have a national health service and a recent trip there highlighted to me just how dangerous the privatisation of our NHS will be to us. An average 2.4 children family explained how it cost €100 to go to A&E without a referral from your GP, it costs €50 to see your GP and you must have medical cover if you wish to see your GP in the same calendar year and that costs €2000 a year for the four of them. I was shocked. In my ignorance I had just assumed that the NHS was a model adopted by the Irish and makes me all the more concerned about the future of the NHS for today’s children. They will be the ones left paying the price for our inaction.

So today’s strike is an important step in the future fight against privatisation which is already on our doorstep, if they break the NHS staffs resolve over a 1% pay rise then all else will be given. If they think that the people who depend on the NHS do not care then the attacks will be relentless until their resolve is broken. It is not just their fight today, it is all of our fight. The NHS saved our lives at our births and will fight for us time and again between now and when we die. The least we can do is #StandByOurNHS in its hour of need. 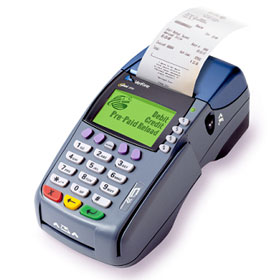 If you start to see one of these in your local GP it is because they are introducing it so you can get used to it!

It has nothing to do with charging immigrants to use GP’s as suggested by Jeremy Hunt or charging you a tenner for you to use your GP as suggested by the “independent” think-tank Reform. Nope, it is all about getting you used to parting with your 110011010001 so that they can push for full-scale privatisation. It is modelled on the boiling frog theory, do it gradually and no one will kick back. 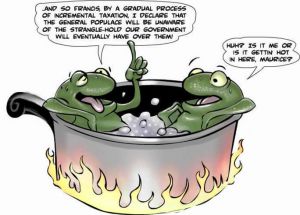 A question we could ask is just how independent the think-tank Reform is? They say: “Reform is a non-party think tank whose mission is to set out a better way to deliver public services and economic prosperity. Our aim is to produce research of outstanding quality on the core issues of the economy, health, education and law and order and on the right balance between government and individual.” taken from the Reform about page and claim be a non-party group as their contributions come from across the three major political parties. Recent speakers make for interesting reading:

Recent speakers for Reform have included:

A kind of poacher turned game keeper kind of list save one or two. Then there is Andrew Haldenby, the founder and director of Reform who was in fact worked in the Conservative  Research Department back in 1995-1997. It might be too easy to say his views are steeped in Conservatism bias, a company run by people who worked for the Conservative Party can hardly be relied upon for their impartial views on subjects such as the outsourcing and privatisation of our public services, when that has been Tory policy since the heady days of Margaret Thatcher!

The bottom line is if you ever see one of these than refuse to pay, you already pay national health insurance and have had the NHS built up over the decades by yourselves, your parents and your grandparents. Do not forget that the NHS saved your life and will do again, maybe many times over the course of our lives, now it’s time to #saveournhs. If you want to start taking some action then visit this petition site.

TEACHERS from the NUT went on strike again on March 26th in a bid to raise awareness and build opposition to the attacks on education that they say are damaging to our children’s future. The man directly responsible for negotiations is Michael Gove. 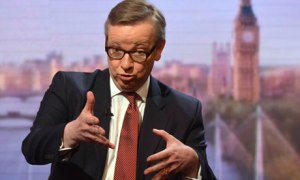 But who is Michael Gove?

A recent article by the Financial Times (FT) described him as a man who “lauded Tony Blair as ‘the master’ also praising Blair’s attempt to export New Democracy to the Middle East. Here is a man the FT says draws inspiration not just from Theodore Roosevelt and Barack Obama but also Vladimir Lenin and Malcolm X, with portraits of the former adorning his office. Quite how he thinks hanging a picture of Malcolm X on his wall makes him any more accessible or acceptable to the people whose educational future he is dismantling is beyond me. He also claims (with some justification) that the Cameron government is top heavy with people from one school, Eton, and is his justification for the changes in education he claims will open up the talent pool to ensure effectively that the glass ceiling for state schools is removed and that the top jobs will be open to us all.

Gove has formed the focus for much of the teachers anger, in much the same mould as Jeremy Hunt has for the NHS or Brandon Lewis for the firefighters recent pension dispute, but these individuals are in the main just the messengers. They are the people who will claim in the future, when the dust has settled on the ruins of our beloved services, that they were “just following orders”. They should be reminded that people of good conscience do not blindly follow orders but then we may be expecting too much from individuals who may have bought into the idea that greed is good and of self-interest.

A brighter light needs to be shone on the corporations who stand to make billions in profit from the fire sale of our public services, such as that of the recent debacle of the Royal Mail which prompted Ed Miliband to call David Cameron not the Wolf of Wall Street but rather the Dunce of Downing Street. All very funny but there is potentially a very serious case of fraud attached to the stench of the sale of the Royal Mail. Instead of scoring cheap jokes at the expense of Cameron, perhaps Miliband and the Labour Party ought to be calling for open and transparent enquiries into the privatisation of our services, identifying who benefitted and by how much, focusing on those people with direct ties to our elected politicians. In this way we can stop focusing our attentions on the party scapegoats and get to the root causes of the problems in our self-proclaimed democratic society.

The NUT strike was well received, despite one-sided media attention as virtually every major mainstream news website reporting the strike as a disruption to children’s education, rather than focusing on the key issues our teachers face. There was a well attend demo and march in London and various local events across the country.

Teaching is one of the most important jobs someone can have, teachers are tasked with developing the people who will shape our future and we should aspire to have the best terms, conditions and working environments from which they can flourish and so too our children. The key being them being allowed to teach our children how to think and not what to think. Much has been made in the media about their concerns on pensions and pay but every teacher we have spoken to focuses first on how the government’s changes will affect our children, how they face being tested to failure and brow beaten by exams and their own personal plight second.

The struggles faced by teachers are one faced by us all and only by facing it together can we hope to make a change for the better, that is why we at NNI stand with our teachers, standing up for education.