The problem with democracy is anything more than the faintest whisper of it and it is gone.

A recent Council meeting in Luton witnessed a shameful display, by a minority of Councillors, when local residents attended to oppose the plans for the closure of a series of libraries within the town that will disproportionately affect children, the elderly and the disabled as a result.

The public gathered in the viewing arena and awaited their champions, Doreen Steinberg and Janice Jones, two ladies who between them secured over 10,000 signatures in less than a week from local residents who opposed the closure of a vital resource to their families. As a result of the size of their petition they had an entitlement to speak for 6 minutes on their petition and desire to keep the libraries open. To the councils shame they let only one of the ladies speak, Doreen, later claiming that she had used up the other ladies time too. They were apparently only to have 3 minutes each. Is the council that busy that they could not let a woman, who put considerably more effort (it would seem) in to consulting with the people these proposals directly affect, to have a few minutes to put her argument across? Apparently so.

Doreen spoke of democracy and the fact that the consultation process that resulted in the “lesser of two evils” being chosen by the culture department, was misleading at best and at worst a lie.  Having personally spoken to thousands of people, with families, who had heard nothing about the consultation process, Doreen laid the finger of blame at a council who seemed bereft of ideas and/or unwilling to be more creative in solving their problems; choosing instead to default to the lowest common denominator of cuts and closures.

It is easy politics for Labour led council’s to point the finger of blame at a Tory led government for budget cuts. Tory councillors then lay counter blame for their actions on the previous government.

The gallery sat and listened as a succession of Councillors laid blame and counter blame on who was responsible for the situation they find themselves in, at no time even looking to consider how they might come up with more imaginative ways to keep the libraries open. As civic leaders, their role should be to put their differences aside to show community cohesion and try to find a creative solution to the problem.  Their argument? that as Councillors they are not a protest group. If they do not push through the cuts then central government would remove them and do it anyway.

This is utter rubbish. They are elected to be the people’s representatives and their voice on any number of issues. If you stand for what yo believe then that is the risk you take, the public back lash for an act of dictatorial aggression such as that would galvanise communities surely?

Whilst Doreen gave her speech I personally counted (at one point) 7 Councillors either playing on their phones, whether it be facebook, twitter, instagram or some other disctraction, whilst others read the next thing on their agendas. A disgrace considering the way Doreen had conducted and articulated herself. The council also tried to distance themselves from responsibility for the closures by saying that the responsibility for running the libraries now falls to a culture group (effectively a charity) and that they are the people we should be speaking too. What madness is this? Council employed workers, in council run, owned or leased buildings, being run by an external firm? Call us cynical but sounds like an outsourcing and steps towards selling off these services to private firms. Luton Culture asked for ideas on how to make the libraries profitable but they are not there to make money, they are there to provide a service to the community, a fact that seems to have been lost by politicians since the 1980’s! 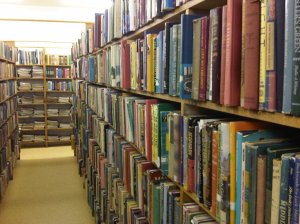 When the dust had settled and the vote was taken it was unanimous, serving once again to prove that democracy is hypocrisy. The public gallery exploded into calls of “book burners” and “shame”.

The decision taken seemed to be an act of cowardice, a flat refusal to campaign against cuts and just apply Tory ideology in the hope it convinces people to vote differently at the next election. This is an abdication of responsibility and in the meantime local communities have to suffer and hope that the right-wing media spin of scapegoating over immigration and the EU does not convince the people to vote for a Tory majority at the next election.

Below is the speech Janice should have been allowed to make, Janice collected the first 1000 signatures but was not allowed to speak. This is what she had to say:

Asda allowed us 8 days to ask people to sign our petition we collected over 11,000 signatures. Local community support of Hendersons , Wigmore Arms, and Asda was amazing.

Luton people from young to old want to keep the libraries open. They are the hub of the community and an essential service both educationally and economically. Instead of closing them down we should be looking to invest in our future, with new technology and bringing fresh ideas into the 21st century.

May I ask why the libraries consultation process never considered Wigmore Hall as an alternative site for Wigmore Library as it is a council owned building which has been vacant for at least 5 years and has plenty of parking and is accessible by bus. It is just a few hundred yards from the existing library.

Wigmore is a stragetic library as it covers 72,000 residents and Stopsley is a community library designed to serve the village. If Wigmore were to close the Council has no viable alternative for this very large area.

Luton has been named and shamed as the second worst town to live in, but we can turn that around and make this town great, by not losing our libraries and amenities like lots of other towns. The Charitable trust called Luton Culture was set up in 2008 to run the events, museums and libraries by using gift aid from London Luton airports profits. A great idea and one we can use to sponsor the libraries using large companies in Luton. I.e. Asda, various airlines at the airport, Luton Hoo and offices at Capability Green, to name a few.

Maggie Appleton, CEO  of the Culture Trust, requested ideas on how to make the library profitable.

One suggestion would be to site a Post Office inside Wigmore Library. This would generate income but also encourage all ages into the library.

Another idea would be to charge a nominal fee for membership annually. Most people said they would not mind paying. Also has additional funding been made available?

Libraries are not a thing of the past, they are the way forward and with new technology we can make them work for us, by improved communications and marketing. Finding out what products, services people want through market research and grab and go questionnaires for customer’s issues.

We can turn Luton round by revolutionising peoples way of thinking by working together as a community and not letting it turn into a ghost town, losing all its amenities, culture and heritage. Luton has a really good Airport, fantastic schools, colleges, Universities; we have a multi-cultural race of people who shape Luton into a wealth of vibrant histories, music and diversity.

Our Luton Carnival brings people of all religions, wealth and backgrounds together to celebrate what Luton is all about, being proud to live and work and bring up our future generations in a thriving town. We need to show other towns and cities what we can achieve through careful planning and marketing strategies. Yes it’s a challenge, but it’s one that’s worth its weight in gold, and knowledge is just that.