The budget is upon us, by the time I wake up there will like be many an angry word uttered in frustration at George Osborne and what the Sky News tonight called ‘the feel good factor’. Feel good factor… with 93,000 kids left hungry and homeless last Christmas, 1 in 4 of people with housing benefits in work – the working poor – and the return of rickets. Somebody must be having a laugh!

This budget will be a precursor to the most significant period in our recent history, with public spending set to return to the 1930’s and not one party offering any real alternative to ideological austerity. NHS, Fire and Rescue, Police, education – It’s all for sale and the song playing in the halls of Westminster? Everything Must Go by the Manic Street Preachers.

To add to the farce of our democratic process, David Cameron has committed to appearing on one televised debate with 7 party leaders. The circus of television debates should be left where it belongs, state side. Politics should be bigger than the character of one person but about the substance of a party and its representatives. When, for example, did a part leader ever get ripped to shreds by the press as bad as Natalie Bennett recently? Tony Blair stumbled through his Iraq war crime inquiry worse than that, as did the vampire Rupert Murdoch when grilled about hacking the phone of a dead teenager, blaming it on his age! You couldn’t make it up. 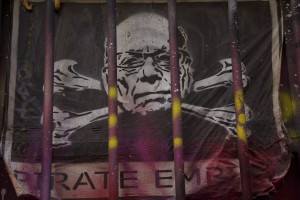 Unfortunately for us, voting on the substance of a party is not the case and we vote instead for people based on their manipulated personas shown to us by the Murdoch press. The values and standard of our society reflects poorly too, by the caliber of personality we keep electing. Career buffoons such as Boris Johnson being a perfect example, elected because he was ‘funny’ when he fell over at a football match one time, has devastated the London Fire Brigade with his ideological cuts, closing 10 fire stations in favour of expensive luxury apartments. You couldn’t make it up.

I hope that, as I type this, there are hoards of people descending upon Westminster to make their feelings known and heard loud and clear. You know, that watching the phone, waiting for it to ring on a zero hour contract is not work and that education should be free and inspiring, not oppressive and debt enslaving – that kind of thing.

For too long the majority of the career puppets within the pompous palace have gotten away with defrauding the people who built and rebuilt the UK time and again and then pointed the finger of blame at the poor, the refugees and the less fortunate for everything that goes wrong, all so that they could get away with it.

Hit these people where it hurts, in their pockets. The majority of them have shares in private companies or are setting up for a life outside of the gravy train that is parliament, which is why they are cutting deals for big business in the first place. Do not be divided by the sowers of the seeds of hate, stick together and anything is possible. All together #upyoursgeorge 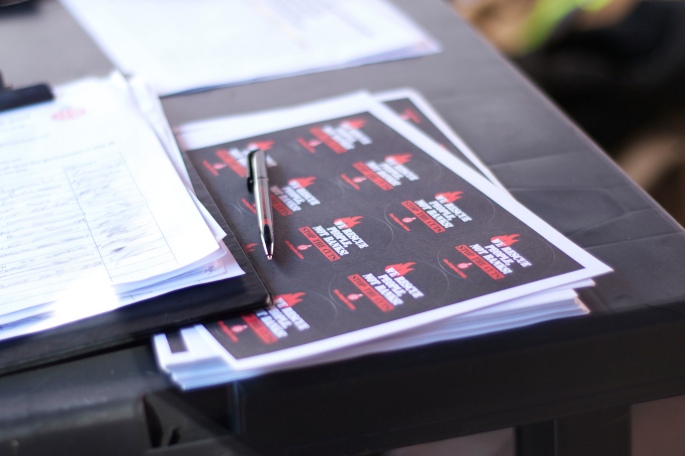 On Monday night parliament debated firefighter pension regulations and an early day motion, 454, laid in prayer against it. It went to the wire. I sat with friends who will be affected by the decisions taken and watched as result came in. It was not what they were hoping.

MP’s voted 316 – 261 in favour of the governments current firefighter pension regulations. I can’t say that I wasn’t gutted about the vote result for my friends, but I was not surprised that people in the House of Commons put the value of their own careers ahead of the reality of the debate put in front of them and the risks posed to all as a result of an ill thought and dangerous set of pension regulations that started in 2006. The debate had been made a three line whip whereby defying the party line may have meant they (MPs) would be disciplined and ejected from the party but would retain their seat as an independent until restored. The MP’s seem to have missed the idea of unity and sticking together because the Tory party would not have ejected their MPs this close to a general election if they had voted against the party in big enough numbers.

The debate of firefighter pensions was as one-sided a debate as you will be likely to see. The government have an academic report which has thrown serious doubt over the ability of firefighters to remain operationally fit and safe to carry out rescue duties into their late 50’s, with the only chance of this being achieved being a reduction in fitness requirements leaving firefighters and the public at great risk every time they are called upon. This seems to be the preference of Westminster and was highlighted time and again by concerned MPs on both sides of the house.

MPs have sat and heard over weeks and months some of the very real and personal way these changes will affect people, some being very close friends of mine and it is those people I feel for the most right now – the ones that poured their hearts out and betted on a political system that proved once again who it really serves, the banks and corporations. Perhaps they should have been listening and in particular Kate Hoey who pleaded with MPs to vote on what their conscience told them, not their party whips. Many thought we had moved on from the days when people blithely followed orders without engaging their own moral compass, apparently we were all mistaken.

Their fight goes on and it is important that we do not become demoralised, cynical or divided. George Osborne wants to return public spending to the 1930’s, Francis Maude has started work on making all work streams provided by the NHS and the Fire and Rescue Service outsourced or privatised. What we do and how we react will define the lives of our children for a generation.

Be passionate and rise to the challenge.

Members of the Fire Brigades Union (FBU) have been in dispute with the government for 3 years after it decided to tear up pensions agreements and leave firefighters and their families on the scrap heap. This lead recently to members of the FBU in England and Wales to ballot for and take its first industrial strike action since 2002. This is only the third time that the FBU and its members have taken this last resort action in 40 years.

During the recent periods of strike action, the longest of which has been 6 hours (with exception of the odd fire service who have intentionally locked their staff out for additional hours) the mainstream media has bombarded the airwaves with questions and concerns over the risk the public is put under during these times, yet today saw the closure of 10 fire stations and the loss of almost 600 jobs in London after the Mayor Boris Johnson, finally got his way by railroading through his cuts agenda, in assistance with his hatchet man James Cleverly and yet we have had virtually no real concerns raised by our media on these issues. These closures will lead to increased response times for the people who live in these areas but that was of no concern to Boris or James at Mayors Questions in 2013. NO concern for the exponential growth of fire and the importance of attendance times, NO concern for the ‘golden hour’ for the transference to definitive medical care and NO concern for the truth that firefighters in 2014 attend much more than just fires as the recent floodings and building collapse at the Apollo theatre in London (3 of the 8 fire stations involved in rescues closed this morning) have highlighted.

Message from one of the stations that closed this morning

Another point of interest is that it is not uncommon to see Twitter feeds calling for people to #takeextracare when the FBU and its members are on strike, yet when you (Boris Johnson) ignore the democratic process (94% of people opposed the closures) and close 10 stations and cut nearly 600 jobs, you see nothing. No message about the need to take extra care, which poses the question of what is the BIGGEST risk to public safety? The odd strike here and there to save firefighters and their families futures and their long-term vision to protect the safety of both themselves and the public? Or is it ideological cuts which affect everyone, every minute of every day…? 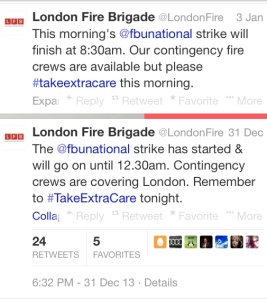 Our media work hard in the interest of government to frame the agenda, highlighting risks, demonising and scapegoating the poor and immigrants and yet when a very real abuse of democracy takes place, we are left with only our own means to express and share the scale of what has happened. 4 million Londoners just got thrown overboard by Boris Johnson and this government and sat down at a roulette table – where is the media?