Later today (August 2nd 2013) in Chingford firefighters from across the UK are heading to Chingford, where Iain Duncan Smith who is the member of parliament for Chingford and also the head of the Department for Work and Pensions, to tell him and his constituents “we save people, not banks.” This is in response to the ideological austerity measures that are being pushed throughout the UK following the economic crash of 2008 that was created by bad banking practices and rogue politicians.

This phenomenon started in Spain, when Spanish firefighters opposed to their governments austerity measures, took a stand against the police . Stories have circulated that they have sought to protect people being evicted from their homes by the police and at times it has been quite frenetic out there. 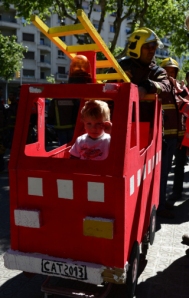 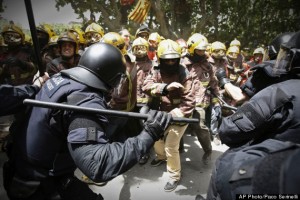 These scenes of ordinary working class people standing up for each other have touched some within the UK Fire and Rescue Service and their message is that their primary role and sole being for being a firefighter is to protect the people in the communities that they live and work in. They do this through education, prevention work and crucially by responding to emergency calls in someone’s time of need. Another way that firefighters can protect the public is to stand up against austerity that is having devastating consequences for the people all around us. They can provide a voice for those without one and for those waiting to find their voice.