Is SOLD! the government have allowed a £1bn contract sell off to occur. The outsourcing project will see invites of bids from £700 to £1bn and will no doubt see Jeremy Hunt’s bearded friend Richard Branson of Virgin Care coming in to take over the end of life care department. There are no lows that these people will not sink to. Profiting from the illness and death of the public.

Your blood or rather plasma has been SOLD! Plasma UK has been sold off to U.S. venture capitalist Bain Capital now, who own an %80 stake in them. For those of you unaware, Bain Capital have fingers in lots of pies as with all good capitalist monopolies, including Dominoes pizza but not apparently UK Dominoes… You cannot make this up.

There are daily articles about dangerous nurses, bad trusts and a hole host of other things being peddled by the main stream media. These are exceptions to the rule, the rule being that doctors and nurses are wonderful people who do amazing things everyday that many of us would never be able to do even if our lives or that of our loved ones depended on it. Do not let them be stolen away by blood thirsty soul sucking vampires intent on making a living off our misfortune.

If David is that worried about the psyche of our children he may want to address this.

Go Home Vans…It is enough to make you sick. The allowance of a rise in fascism to let right-wing agenda creep into main stream politics. The only reason these vans are being plastered about the street is to spread hatred, mistrust and fear amongst one another. “Is your neighbour illegal? Dial 0800 FASCISTPIGS” You cannot write it. There is a picture doing the rounds on the internet of another billboard van from the 1930’s doing the same thing but as yet I have not authenticated it.

The government have four people advising them that have a vested interested in the energy firms who stand to profit from fracking. You couldn’t make it up. There have been anti fracking protests this week in Balcombe as the search for gas and oil begins in earnest and the police brutality has been close behind. The police have to see that they are responsible for the world that is being created and that their interest lay with the people and not the state. These vans arrived the same time as the Royal spawn.

The Daily Hate Mail front page this week was that firms have a duty to employ British people, echoing Gordon Brown’s comments in 2009 that there should be British jobs for British people. I hope the are not brown British people they are talking about otherwise the EDL, Ukip and BNP will be most displeased.

The UK have a complacency on arctic drilling that should worry us all, the issue being how an oil spill of any magnitude would be cleaned up in such a harsh environment. As with both of these issues it is not the planet that needs saving, it is the humans. George Carlin once said that the planet would be fine and that it may have created humans so that it might eat plastic. The damage done to the environment will directly affect us and we have a duty to provide a world that allows our descendants to flourish and be nourished by it.

Need a loan? Then ask your local church! So some back ground, one of David Cameron’s former advisors, Jonathan Luff, now works for Wonga. You cannot make it up. They are all over the television and providing loans to people with huge interest rate returns. The church has directly invested into Wonga and it has been one hell of a mess. What is the church doing you might think? Then it comes out about their other investments, including the arms trade but they do not apparently get involved directly with making arms, just providing component parts and it must go to people with good moral standing. What would Jesus say? He would no doubt be spinning on his cross.

Whilst the Royal spawn was being pushed out and Kay Burley was quizzing the hospital on how dilated Kate was, Japan was busy telling the UK it should be mindful of withdrawing from the EU as it would make it less appetising for the Japanese to build cars and manufacture other stuff here as trade with Europe would become a problem.

The world has been busy! In Japan commuters joined together to lift a train off of a passenger proving that the empathic civilisation is not dead just yet. Luckily for them there were no U.S drones coming in for a second strike to kill the first responders.

Bradley Manning is in the dock and about to be tried by the barbarian hordes responsible for the deaths of thousands of innocent people in Iraq.

Buy your clothes from one of Philip Greens establishments? Then you are contributing to the dangerous working conditions for thousands of people living in Bangladesh that no one in this country would put up with (at the minute) as he refuses to sign up to a safety deal following the building collapse earlier this year and the numerous fires that have devastated their lives and work places. When profits rule, health, safety and honesty go out of the window.

The UK is profiting to the tune of £12bn from arms exports to regimes with questionable human rights; namely the apartheid state of Israel, Bahrain and Saudi Arabia. War is good for business and with the world rising up against oppressive regimes, business is booming.

The people of Egypt are on the streets with rival rallies for and against Morsi who was recently usurped in a military coup, called for by the people. Dozens of people have been killed and there is real danger of Egypt descending into civil war.

Remember Libya? The violence is escalating in Libya at present with a prominent activist being shot and killed.

Iraq. I have lost count how many have died in the past week but the violence rampaging through Iraq is startling. The following links show two of the most recently reported. http://www.bbc.co.uk/news/world-middle-east-23481088 and http://www.nytimes.com/2013/06/19/world/middleeast/suicide-bombers-shiite-mosque-baghdad-iraq.html?_r=0 The blood left on Tony Blair’s hands must never be forgotten.

Detroit City went broke at the same time as JP Morgan and Goldman Sachs recorded profits almost to the level before the financial crises that started 2008.

And whilst some babies were being born in to a life of privilege, with people hoping for a daughter, millions of other daughters face the prospect of genital mutilation.

This week we were paled into insignificance by the marvellous picture of Earth taken from the orbit of Saturn. We are truly a pale blue dot spinning around at a thousand miles an hour through the cosmos. We are a people capable of great innovation and empathy as shown by the Japanese train crash and the picture of Earth, why we must debase ourselves at the behest of the soul suckers is beyond me. 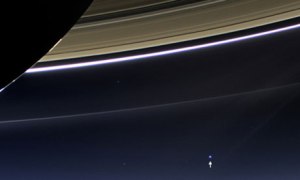