“Books are the quietest and most constant of friends; they are the most accessible and wisest of counselors, and the most patient of teachers.” ~ Charles William Eliot

Today I joined up with a group of activists petitioning a local supermarket who are seeking to stop the closure of their local library. The Library situated in Wigmore, Luton, is one of three marked down for closure or downsizing. The closure of these facilities will impact children the hardest, children who will now have to head into the town centre if they wish to take out a book, if they can afford to, and for many it will put knowledge and wonderment beyond their reach. 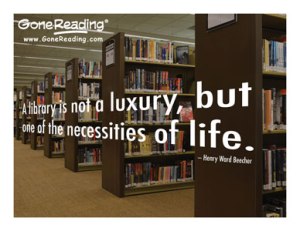 Reading opens a gate way to the weird, wonderful and unknown and for a local council to rob sections of the society of a vital resource such as a library is a disgrace. They have wasted over £50m on a bus link between nearby Dunstable and Luton that will drain the high street of Dunstable but we digress. The petition is seeking to raise 10,000 signatories ahead of their town council meeting on September 10th and judging by the way people were lining up to sign the sheets today, they will have no problem smashing this target, with 6000 taken in the first three days alone.

Whilst most people were all too happy to stop for 30 seconds to sign a petition that serves mainly to serve the children and the elderly there are of course always a few individuals who insist on expressing their obnoxious opinions on others.

One woman in her 60’s told me unequivocally to “piss off” whilst another man in his 40’s and his 10-year-old son in tow said he hoped the library would “burn down.” I was stunned and to which I asked if that was to be with or without the children being in the building at the time. Other favourites were “I do not read/use the library” and my personal favourite “It’s not my problem.” Maybe not today no, but what about tomorrow when your grandchildren wish to head to the local library and you have to get your wallet out to pay for a bus ticket because they also cancelled bus passes for pensioners?

Fortunately people like those mentioned above were the exception and not the rule. I took great pleasure in seeing the hope that the actions, however small, of a handful of interested individuals can have on changing an outcome that seems to be rubber stamped. For this a lady named Doreen must be applauded, for it has been her vision and drive that has secured over 7000 signatures to date, with her band of merry volunteers and I would never like to guess her age, but her stamina and drive to try to make a change would shame many people half her age, who would rather sit and whine about the things happening around them rather than taking some action to make things better.

I shall be there again tomorrow for a few hours where I hope the magic number of 10,000 is not only achieved but exceeded and that the stand being taken for this library will echo across the others.

2 thoughts on “Read in order to live”